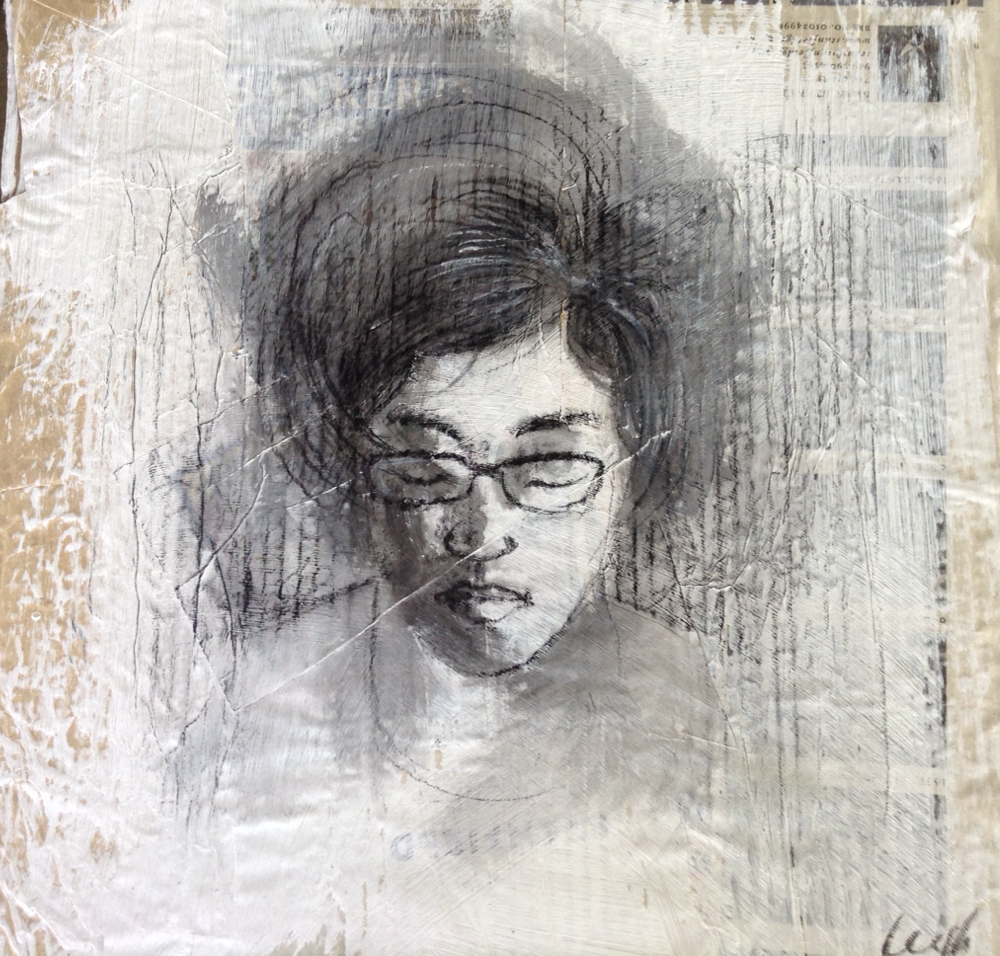 One day I was flipping through my yearbook from sixth grade and came across a photo of a twelve-year-old version of myself with a round face and a big goofy smile.  Below it was a quote I had written about what I wanted to be in the future. “When I grow up I want to become a famous writer and illustrator for kids and adults” was what it said.  That was back in 1991.

Needless to say, I didn’t stick to those words.

Over the years my mind was constantly shifting, never one to sit still and focus on a single subject.  I was like a stray puppy following my curiosity in many different places. At one point I almost ditched my love of drawing for a uniform for a chance to become The Few The Proud, but thankfully my parents would not allow it.  I trudged through high school and college and beyond, trying to get a foot in the door of any jobs that actually pays me to do what I had always enjoyed doing, but the only responses I got were slam of the doors to my face. Now twenty three years later I was too ashamed to face that twelve year old optimistic kid who dreamed of becoming a famous author/illustrator.  Was this all I could amount to? Was it my fate to be a sore failure?

When one door closes, another opens; but we often look so long and so regretfully upon the closed door that we do not see the one which has opened for us.  –Alexander Graham Bell

So it was the last month of 2012 – the year the world supposedly was to end – that I made that leap of faith.  Broke, jobless, and past the employable age, I felt there was nothing more to lose. I will do what I should have done before leaving high school.  Become an Artist.

But what would I be making art about?

Having no boundaries of any sorts, and having no superiors telling me what I can and cannot do, and most of all, having nothing left to lose except my sanity, I decided.

And for the next five years I did just that.  Whatever came to mind, whatever the mood I was in, I did it all- drawing, painting, printing, mixing – any medium, any techniques, any style, any way I want it, That’s the way I need it, any way I want it.   (Sorry, Steve Miller.)

All with a hope that, in the midst of the clamor and chaos, I will eventually find my voice.  The one that will truly define me as an artist.