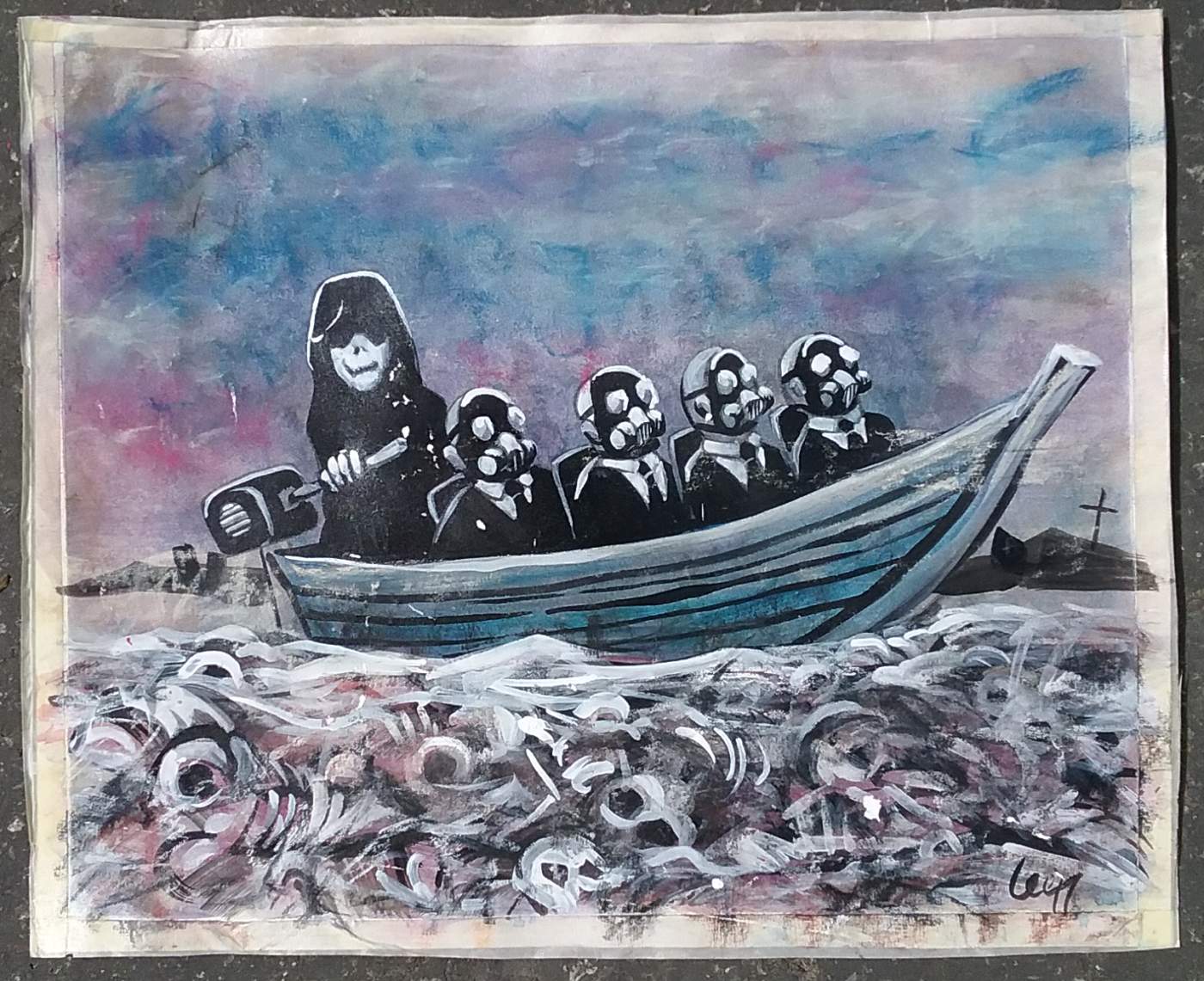 “When the rich wage war, it’s the poor who die…” – Linkin Park

This piece was essentially based on the song by Linkin Park “Hands Held High” from their “Minutes to Midnight” album.  Much of that album blasted at the powers that be and their callousness toward their plebeian brethren and their plight.  And this song in particular had the line that resonates with me: “when the rich wage war it’s the poor who die.”  When you look at it, most of the war is started by the ones with the power, and those that are put out on the front lines with the guns are the ordinary citizens, most of them not so well off, under the false impression that they are serving their country and will be hailed as heroes.  Not all wars necessarily are waged with guns and bombs; other weapons include money and the law.  And not all wars are about the typical good vs. evil; sometimes conflicts arise from within.  No matter what battles are fought, on and off the battlefields, it’s the weak that pay a heavier price, and those that perpetrate the conflict, well, it benefits their already heavy pockets.

The image is a reference to the River Styx in Greek mythology, which is usually located in the afterlife where the dead souls descend to.  The dead are often thought to be transported down this river by a ferry to their final destination, the kingdom of Hades, and at their funerals two coins are placed with the bodies of the deceased which their souls then must use to pay the ferryman.  In this case you can see the four black suited men with gas masks on the boat, riding over the river full of bones and carcasses.  I was going with the idea of presnting the way the rich, the government and those with power to rule are indifferent to their surroundings and how their decisions might have dire consequences for the rest of us, as long as their own selfish ambitions are satisfied.  It is pretty depressing when you think about it.

Posted on May 12, 2017 by theartistaslisalee