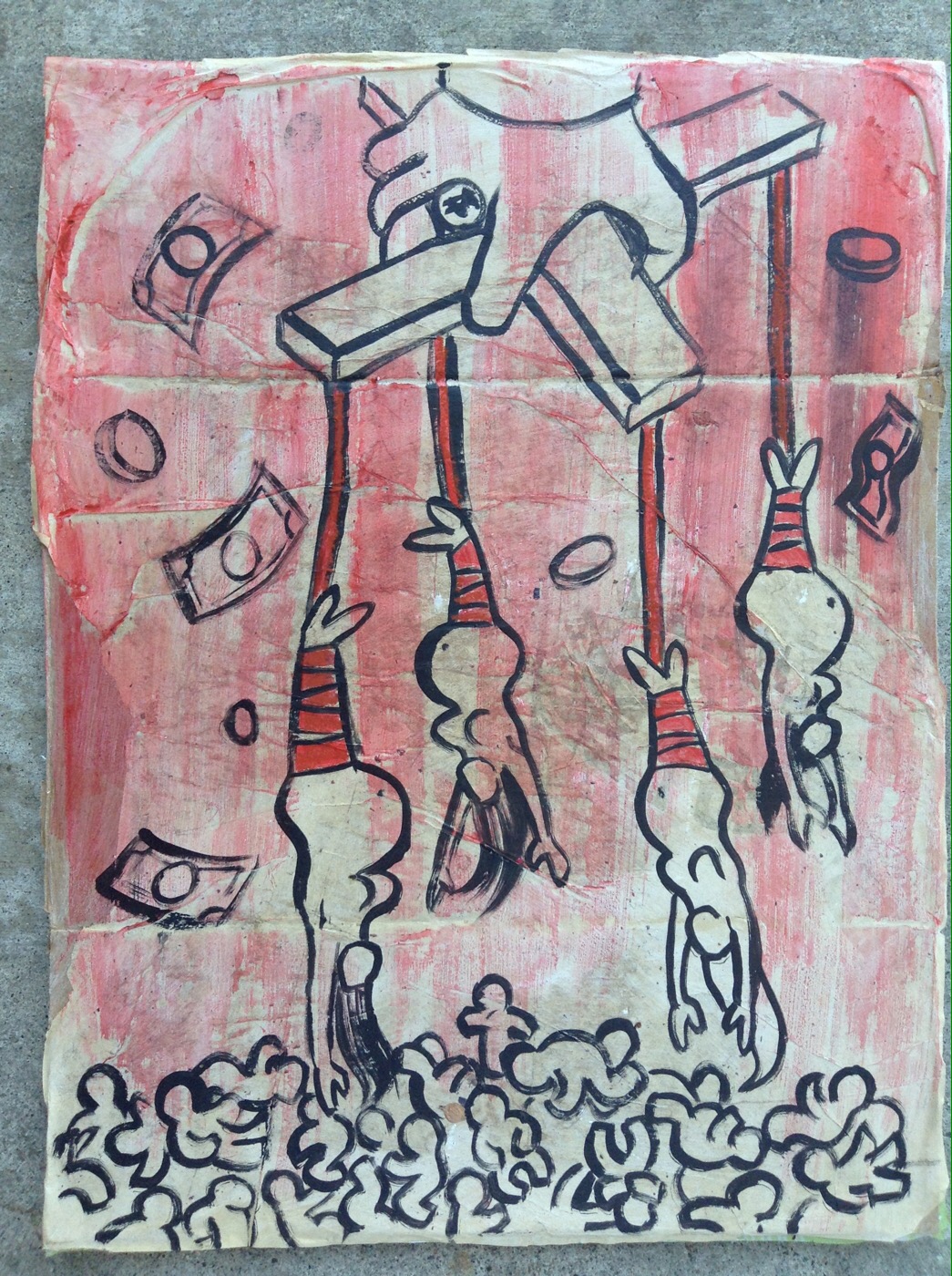 The title of this image is sort of a pun on another well known acronym NIMBY (Not In My Back Yard).

The famous Roe va. Wade case in the 80s that rocked the nation declared it unconstitutional to forbid a woman from getting an abortion.  But the matter lingers to this day, and it’s one the favorite side dishes of the political supper. It also gave birth to two factions: pro-life and pro-choice.  The former demands rights and protection for the unborn baby, while the other protests that the woman has the right to decide for herself and for the unborn baby.  I’ve taken a lot of time to read both side of the arguments and counterarguments. Now I wouldn’t consider myself a political activist, but I will exercise my right to convey my opinions.

In my honest to goodness opinion, abortion is a personal matter of the individual woman.  If she wants to have abortion, she must have her reasons. And no one can disrespect her decisions, they don’t even know her, nor are they rulers of her life.  Even God does not try to dictate how each of us should live our lives unless we WANT HIM TO.  It’s a right he’s given us, which is called free will.  Sure there are options where she is given some time to think it over, but the final decision is for her alone.  So why are these people let alone the government snubbing their noses in on it?  What is the point of limited government as those right-wingers love to sing about?  Do the politicians even care for these unborn babies?  I say it’s pretty much a given that politicians will support anything that will get them in their positions, without even giving the issue much thought. I mean how else would they say such ridiculous things like a woman’s body has the ability to shut off unwanted sperm from entering her womb during rape(yes they have really said that).

The next time I see one of those anti-abortion cronies I’d tell them to shove their fetus dolls up their a-holes and mind their own businesses.  It’s not their babies or fetuses so it’s not up to them.  Unless they intend to raise those babies which I highly doubt they will, or they don’t mind finding newborn babies in a back alley dumpster or the public toilet.

Forgive me if this makes you uncomfortable.  You are entitled to your own opinions.