Snakes On My Mind

As promised my first art post since finishing up the summer slumber: 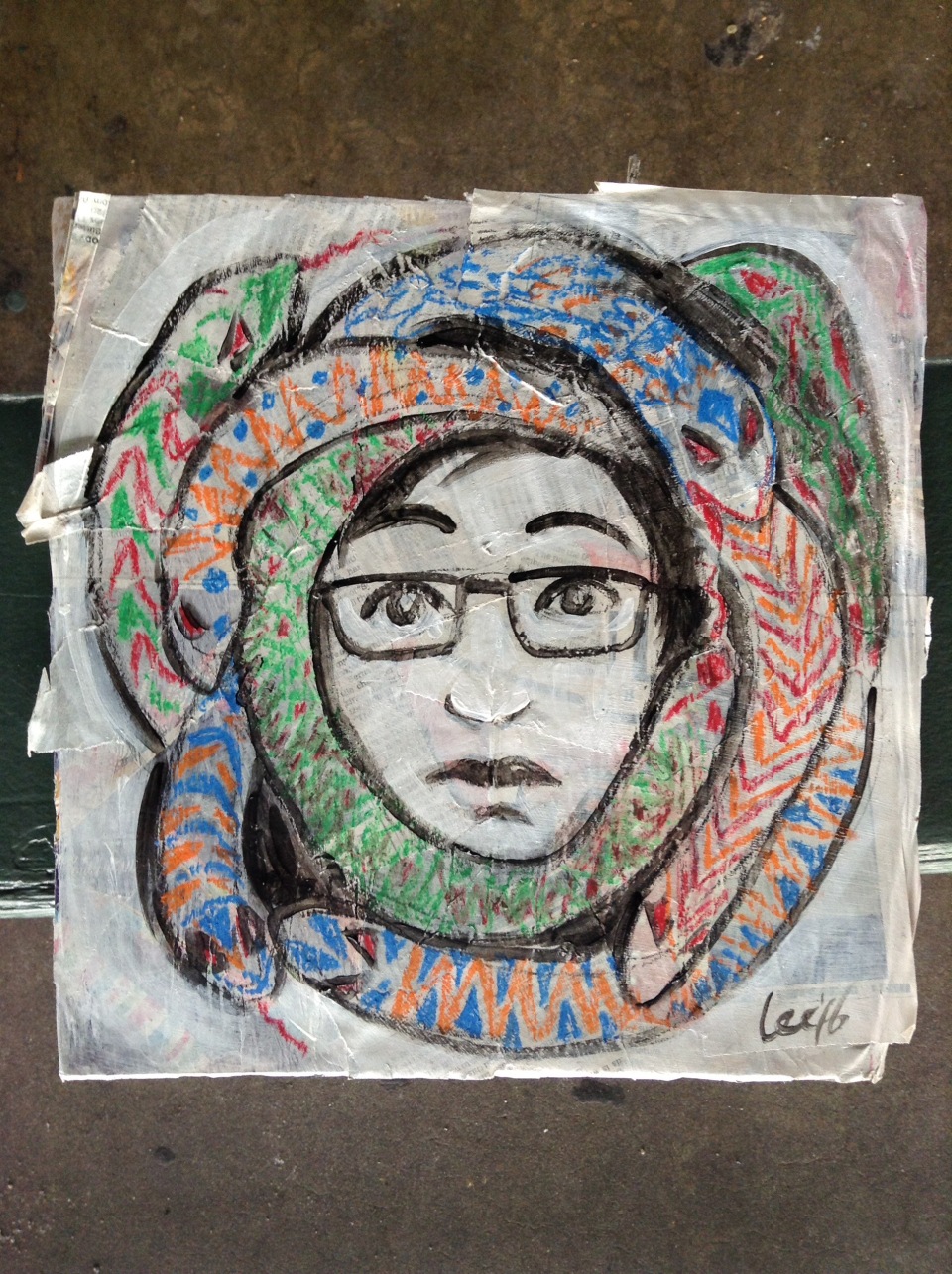 We all dream at nights while in comfort of our beds.  Lots of times I’d have dreams I can’t remember for life of me the next morning.  Or there are dreams that are so vivid it’s still like fresh off the press throughout the next waking hours.  And more often they are nightmares, or bad dreams you wish you could forget.

As of late I’ve had several vivid dreams all involving snakes.  Yuck, you know I hate snakes.  Like Indiana Jones always says, “I HATE snakes.  I hate them. I never liked them.” Those long, slimy, scaly limbless creatures slithering about and making those creepy hissy sounds and flicking out their long thin tongues.  And the worst part is when they catch their prey by coiling its long body around the poor creature until it suffocates and pass out, and then they proceed to swallow them whole.  When they open up their mouths, man, it’s too disgusting.

And why I’d have dreams about them I don’t know.  I am aware of the snake’s bad reputation in the Bible, the sly serpent that deceived Adam and Eve into disobeying God and getting them evicted from the beautiful Garden of Eden.  And since then the snake has been associated with all things bad and ugly, symbols of ill omen or misfortune.  And so far it’s lived up to its reputation: on the days after having the snake dream I’ve encountered bad news like my mom’s lymphoma recurring couple of times, and all  my hopes and plans getting dashed to pieces by unexpected turn of events which then throws me into pit of depression.

Yeah it seems silly to blame snakes for life’s misfortunes.  But sometimes in life there is not simple explanation to why things happen, and I guess that’s why some people turn to astrology and mysticism for answers and quick fixes.  And it’s so easy to get caught up on them, eventually you build your life around them.  Eventually I learned to not trust so much in my dreams as they are just mere tricks played by your brain when you’re asleep.  Perhaps it was from the night before that I had watched a TV show about snakes that they would pop up in my sleep.  Or it was my unconsciousness poking at my innate distaste for the slithery reptile.

Hopefully I won’t have any actual run in with snakes, let alone a poisonous one.

Posted on September 23, 2016 by theartistaslisalee

← Back in the Hoooood, Baby! (Sorry sound so gangsta haha)
Pieta 2 →