After months of waiting I finally nabbed the coveted ticket to the newly opened Broad Museum in Downtown LA, located right across an older cousin the MOCA (Museum of Contemporary Art). Opened in September of last year this new museum boasts of larger collection of modern post WWII era and contemporary art by legendary and current living artists made possible by generous support from its founders Eli and Edythe Broad, who are avid collectors. Admission is free but advanced reservation of the ticket is required; when I tried to get mine it was booked for good several months but I finally got in.

I decided to take the train to avoid the infamous LA traffic and save myself $20 of parking. I parked my car at the Norwalk Station, paid for one day pass for $7 and hopped on aboard. It would take two separate cars to get to my destination. The train speeds down the rail track in between the 105 freeway and I’m looking out the window to see the traffic already welling up at 10 in the morning. Someone has some really strong perfume on and I don’t like the smell at all; it’s like one of those incenses they burn at temples. 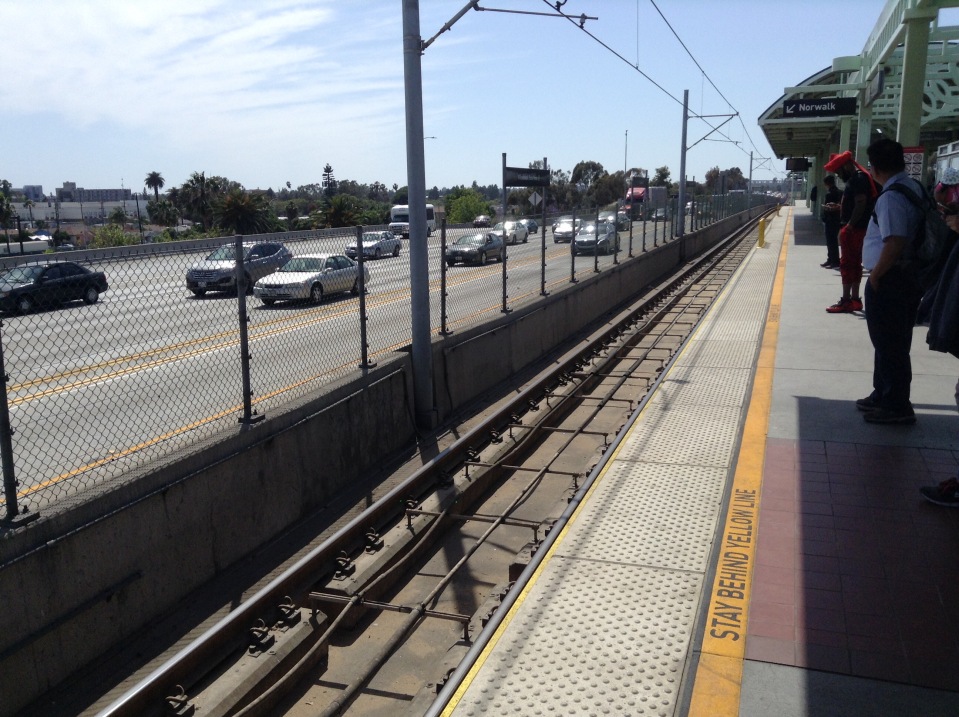 The train made its last stop on 7th and Flower in e heart of DT. From there I would have to walk several blocks up north of Grand Avenue, which is kind of painful considering it’s a steep climb.  But it makes for a nice stroll around downtown LA to take in more intimate closeup of the area as well as a good workout. 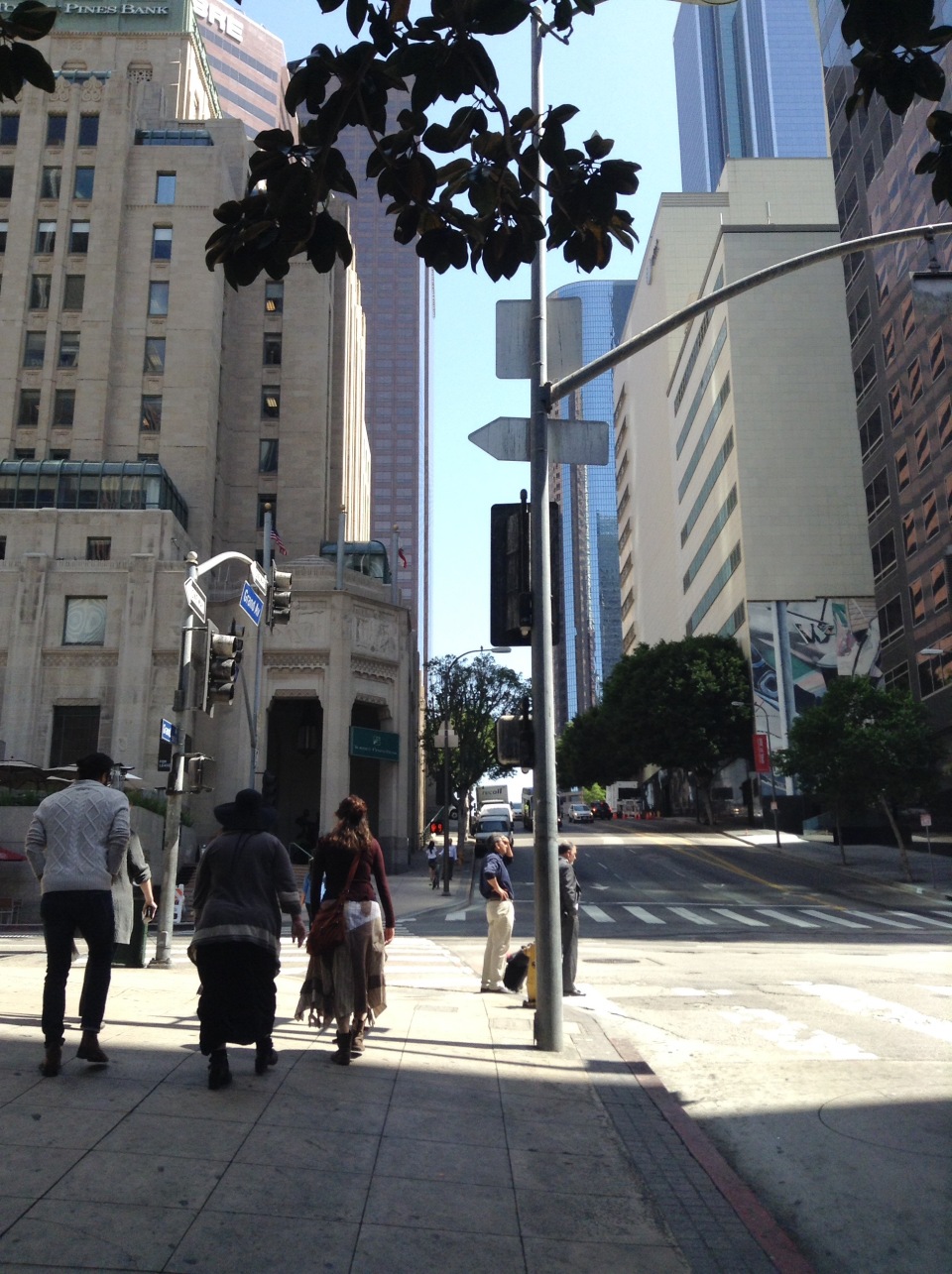 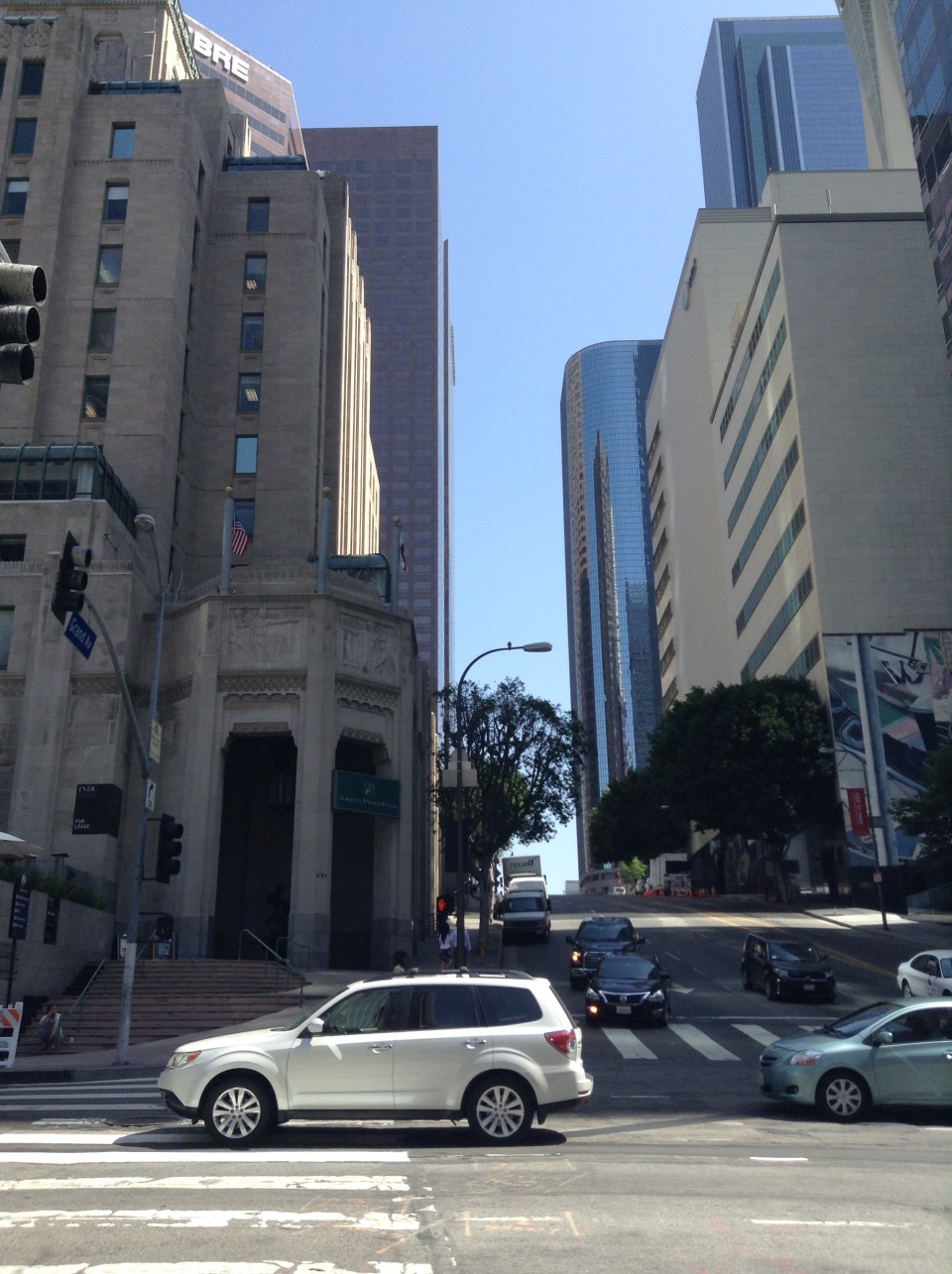 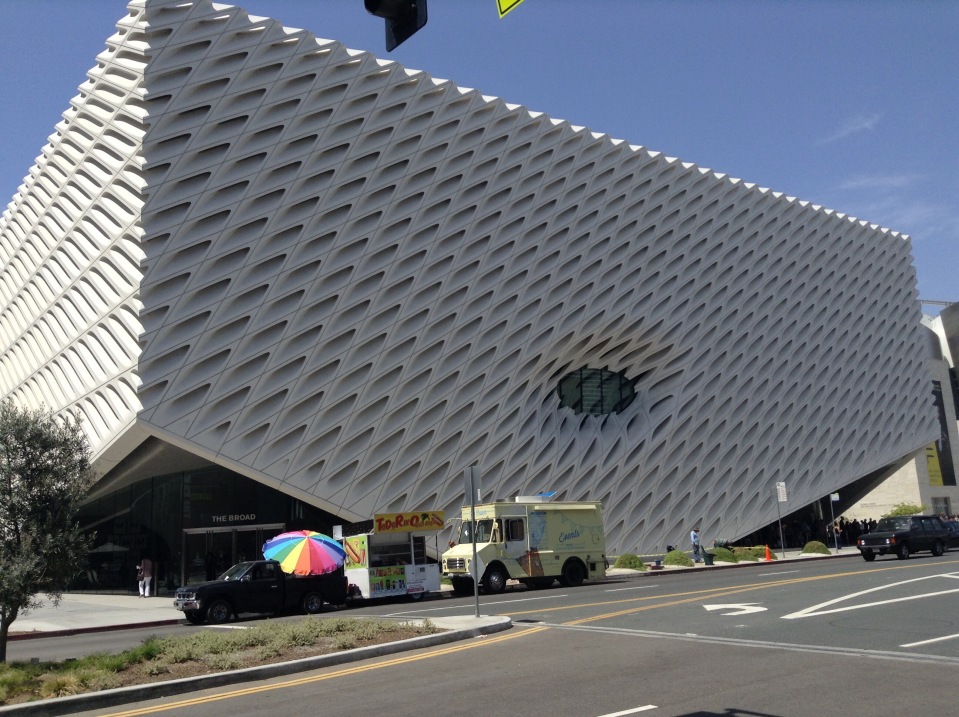 I finally reach the peak of Grand Avenue, with the Broad in full view.  It sits pretty alongside the other cultural venues on the avenue including MOCA, the Walt Disney Concert Hall, The Dorothy Chandler Pavilion, and Mark Taper Forum. 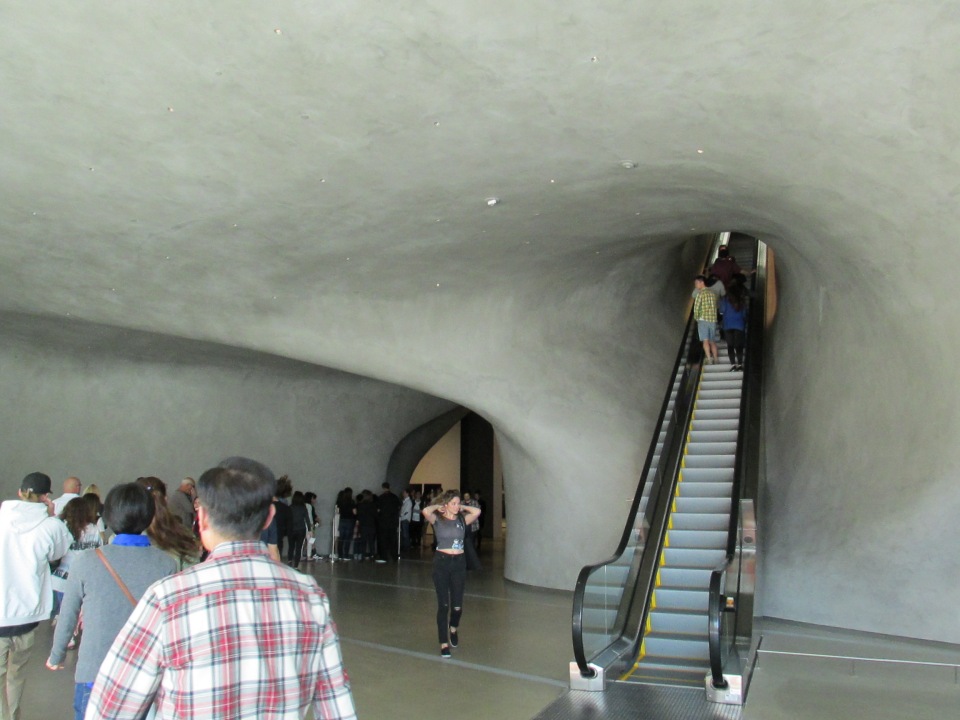 After waiting in line for about half an hour after arrival they let us in by groups in which we made our reservations prior to the visit; in this case I was with the 11:30 group.  Just right time I say to avoid too much crowd (and on top of that it’s Wednesday).  I step inside the main lobby that looks like the inside of a cavern, they appropriately call it the Oculus Hall.

There are three floors total; the second one isn’t much which I’ll get to later.  That escalator you see here goes straight up to the 3rd floor.

Here are some of the amazing works on first floor.  The most prominent one being the collection of Japanese artist Takashi Murakami. 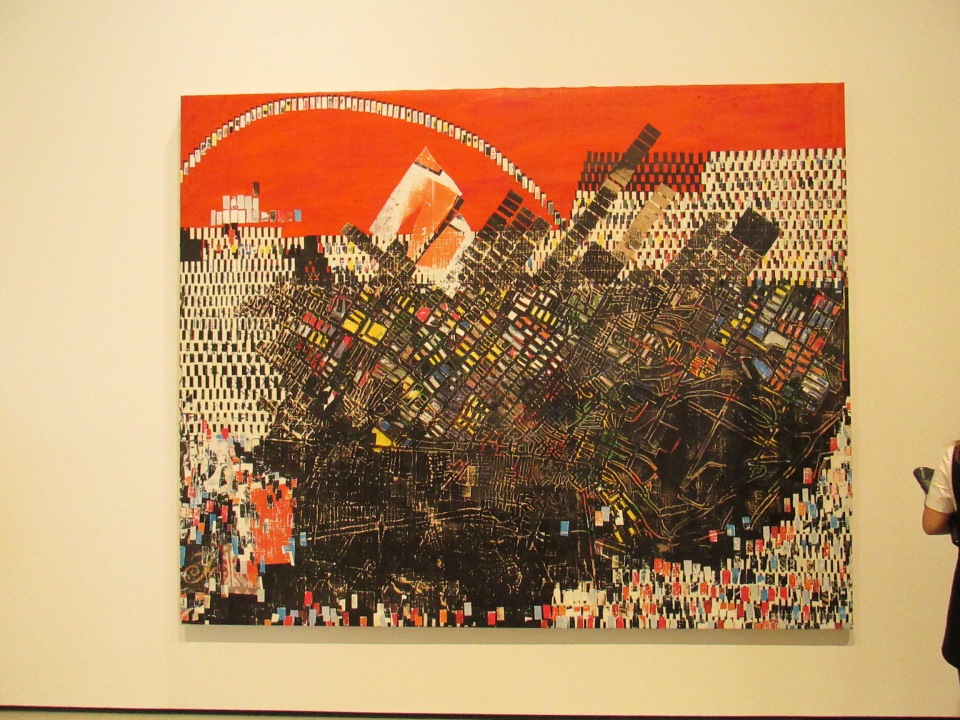 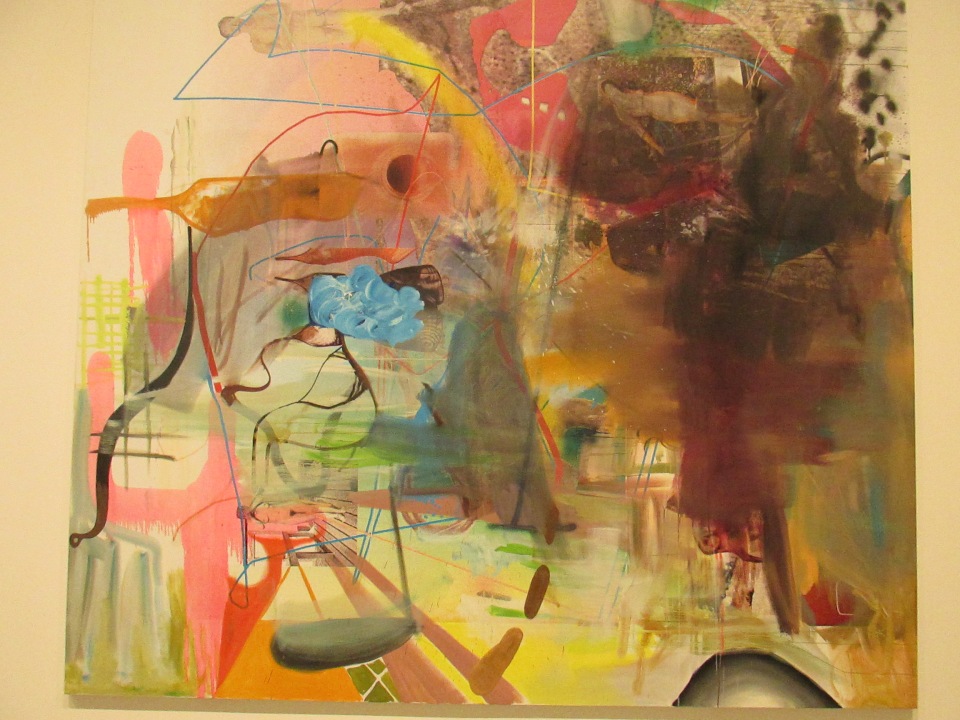 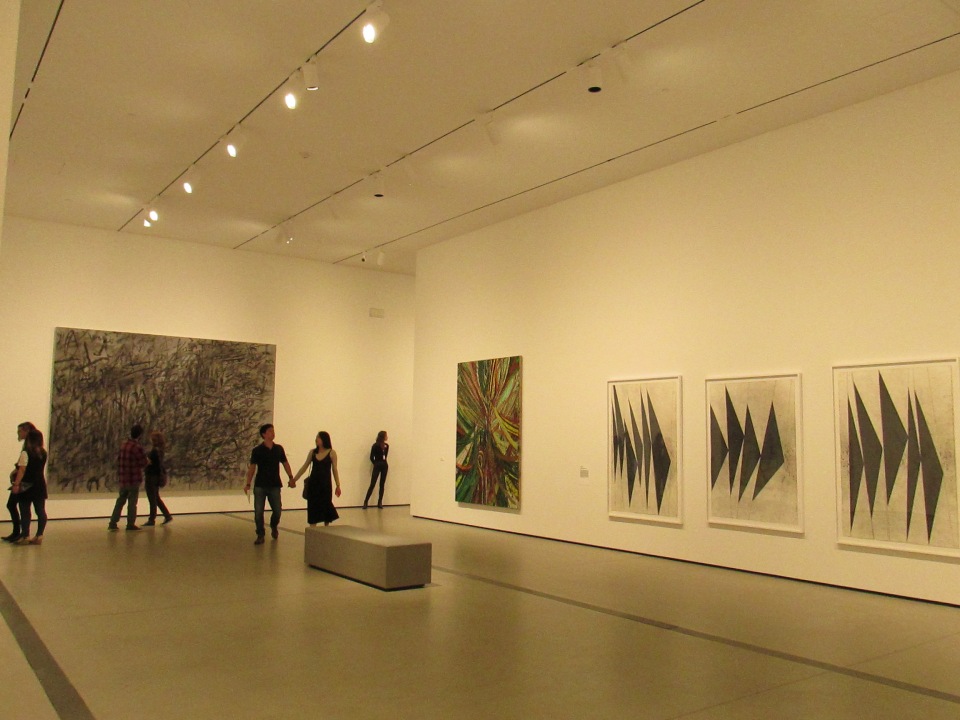 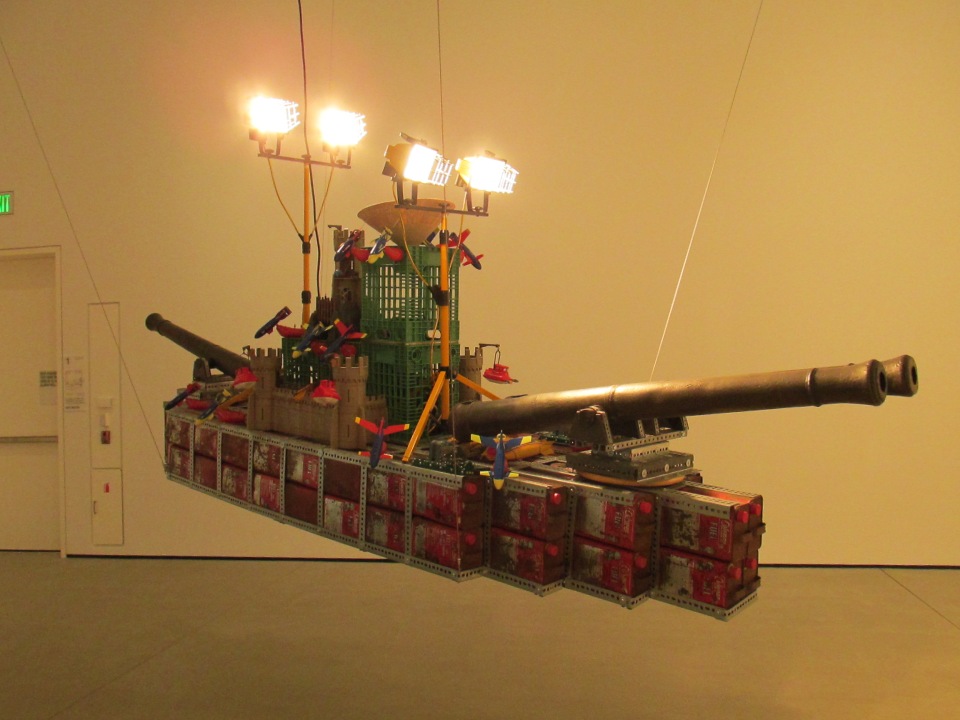 Some enclosed rooms feature multiple works of one artist, such as Murakami.  Here you will also see one of his largest and longest mural. 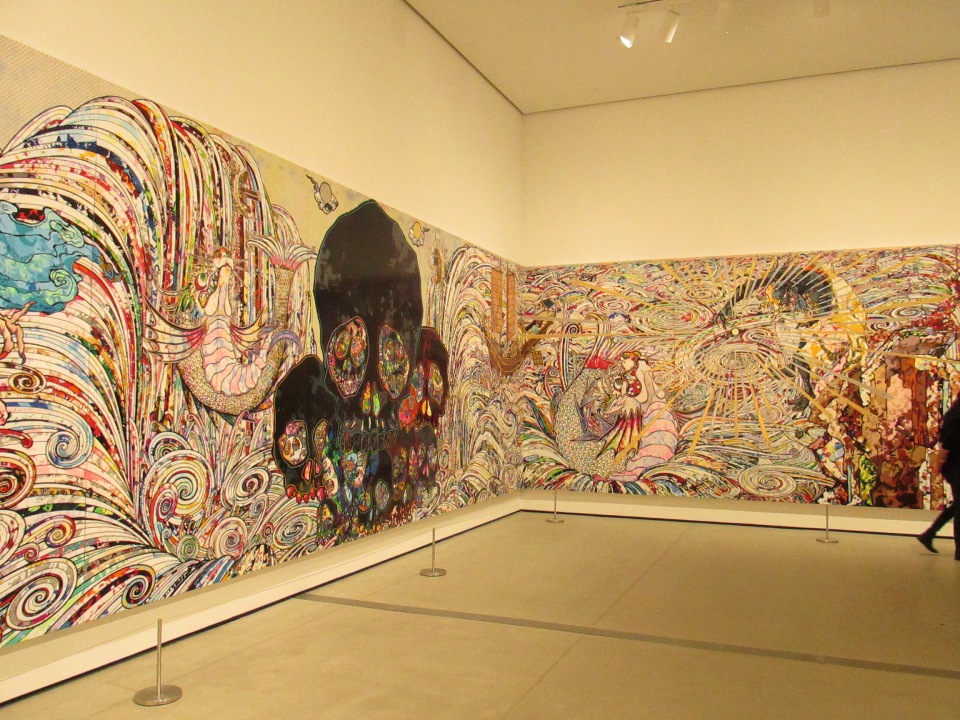 Now I take the escalator up to the 3rd floor.  The ride up can feel a bit claustrophobic. 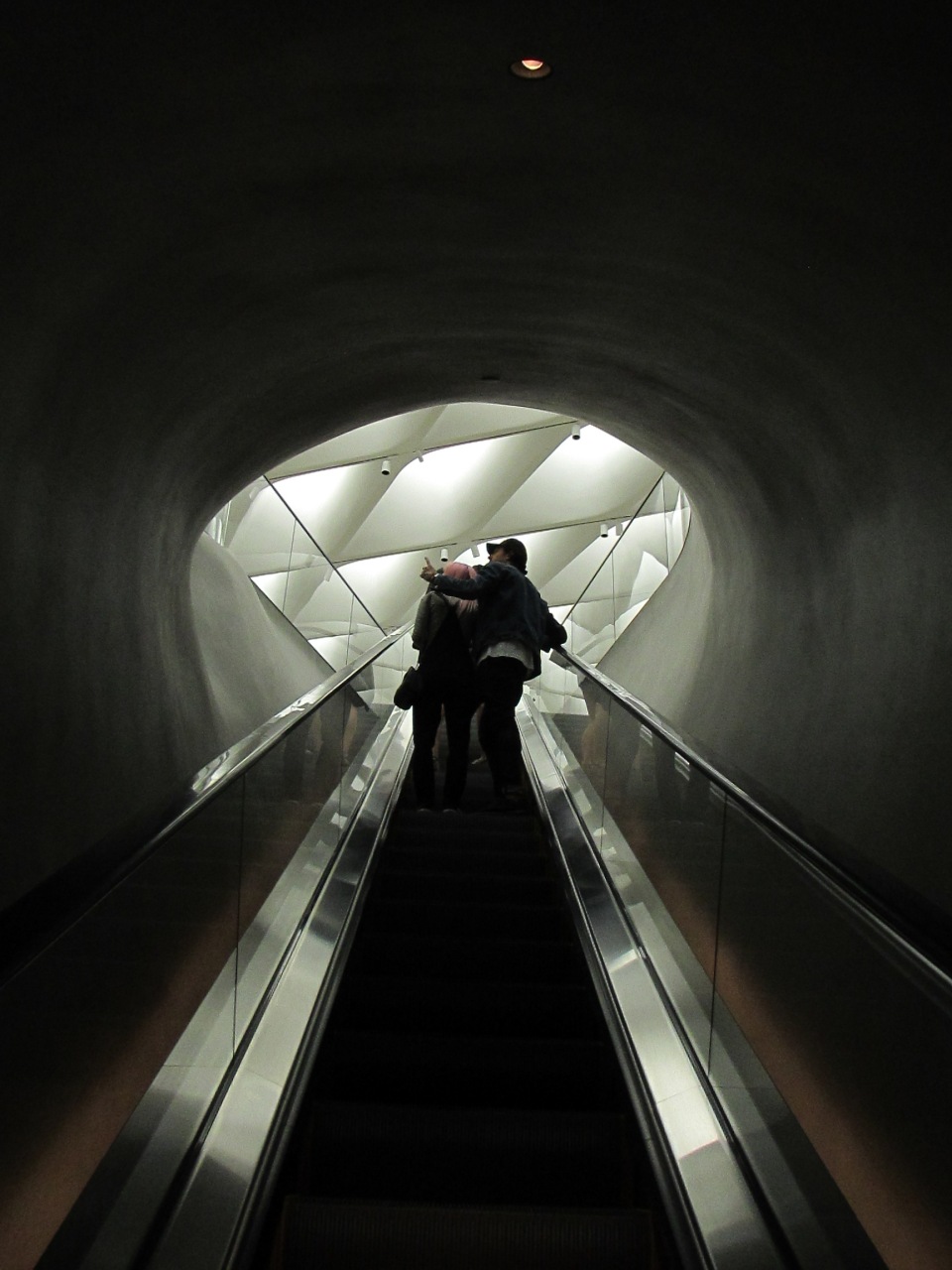 And behold the main event of the visit.

Of course there is an elevator and a standard walking staircase.

Here are some pictures of artworks taken from the museum.  There are lot of recognizable ones representing various genres (Pop Art, Conceptual, Expressionism, Minimalism, etc.) by well-known artists like Andy Warhol, Jasper Johns, Roy Lichtenstein, Keith Haring, Jean-Michel Basquiat, Barbara Kruger, and Kara Walker.  Now careful not to touch them, there are eyes watching. 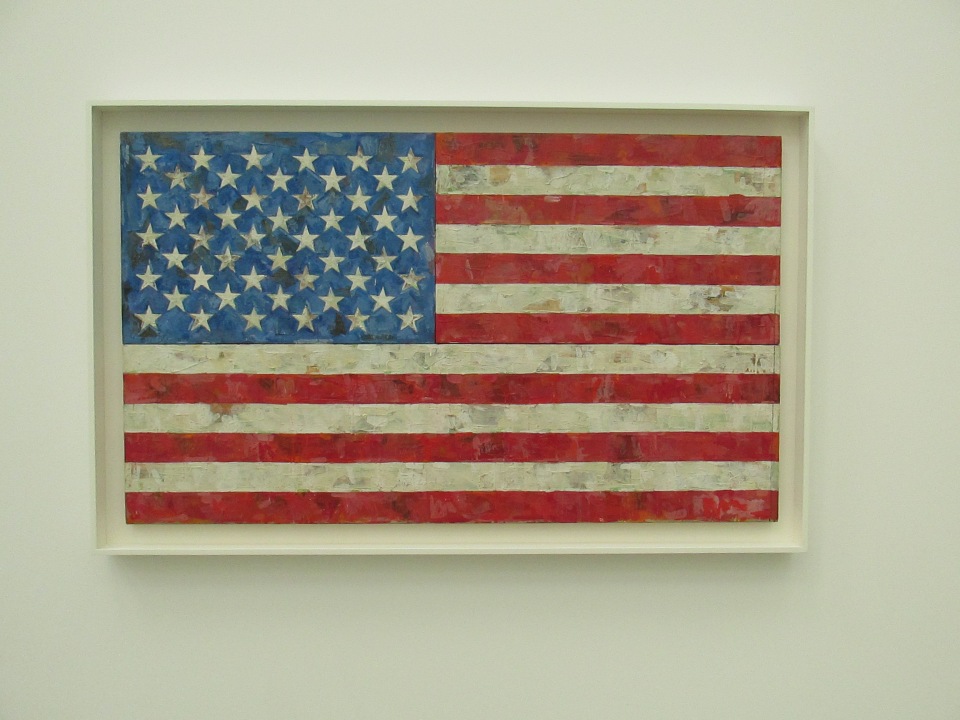 I found this piece particularly amusing.  It pretty much tells you plainly what you need to do in order to be ‘successful’ artist, course at the expense of your soul. 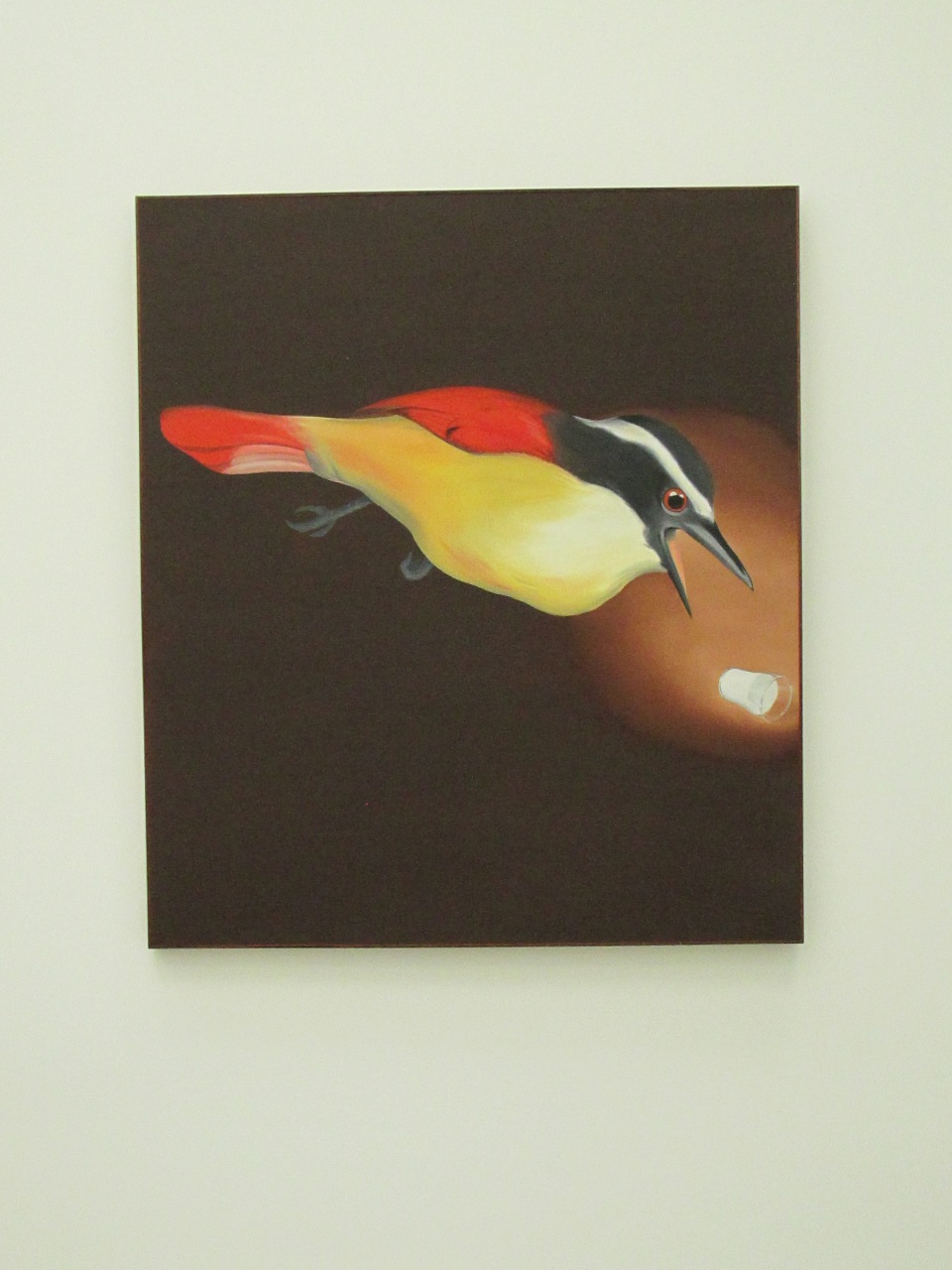 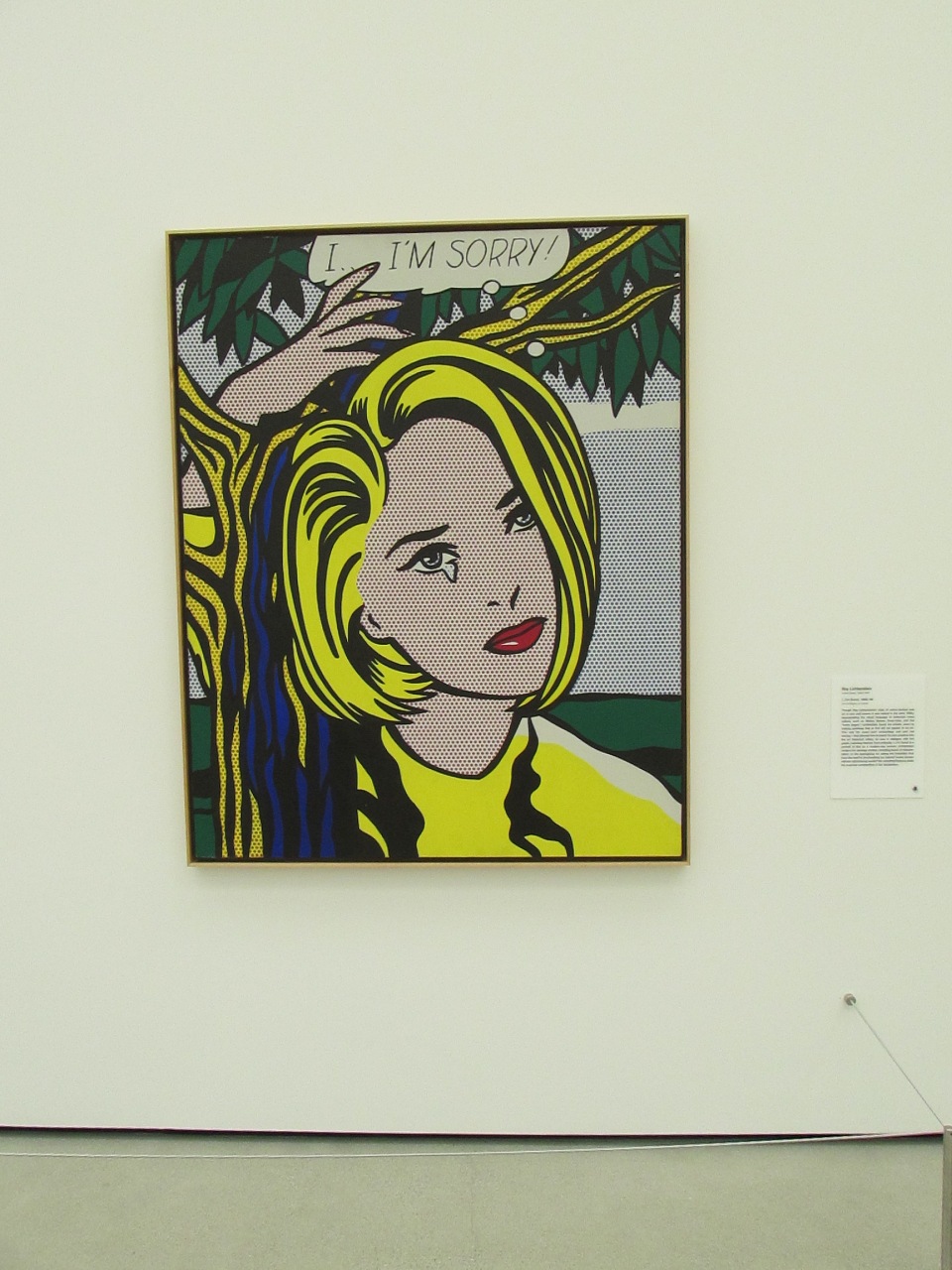 I don’t think I need to explain this one.  😉 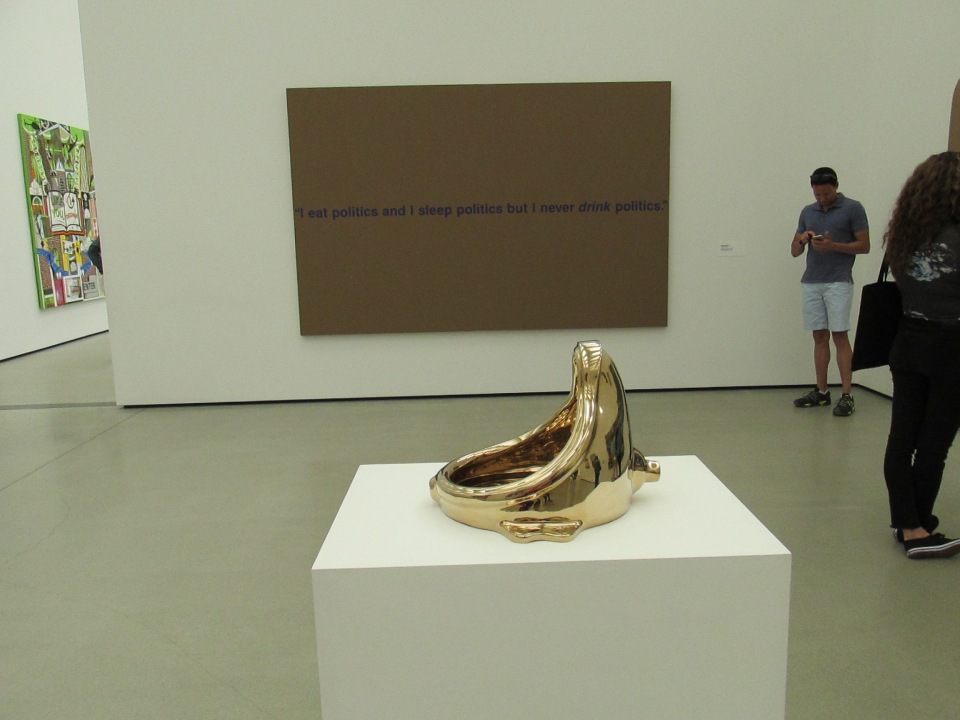 I was really aiming for the large canvas on the wall, but this gold urinal just happened to sneak in view.

Apparently the idea for this piece was inspired by the Alice in Wonderland story. 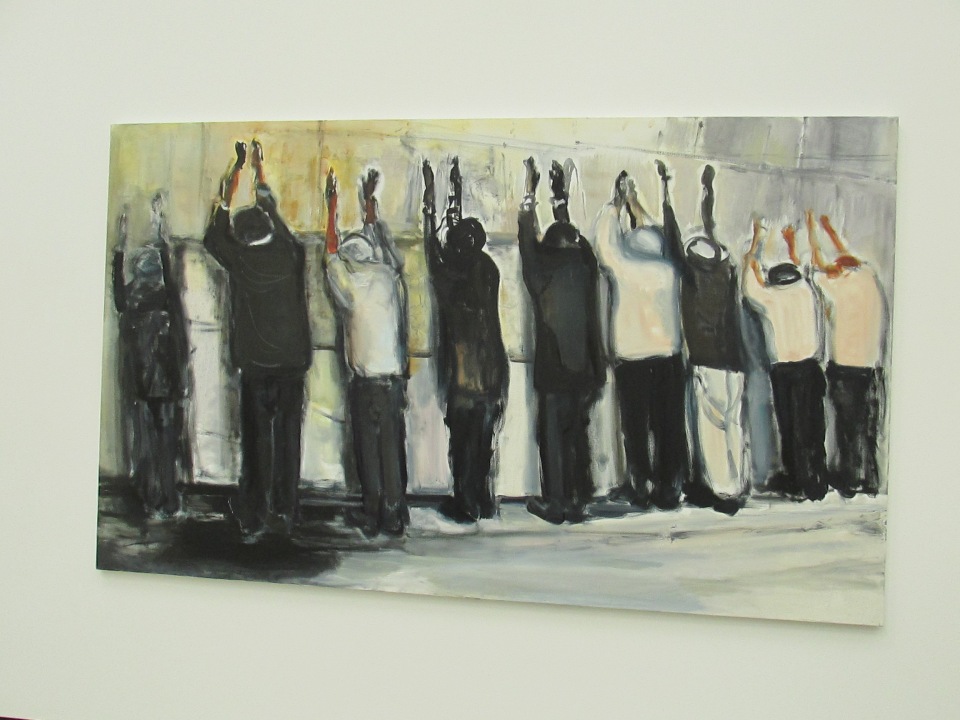 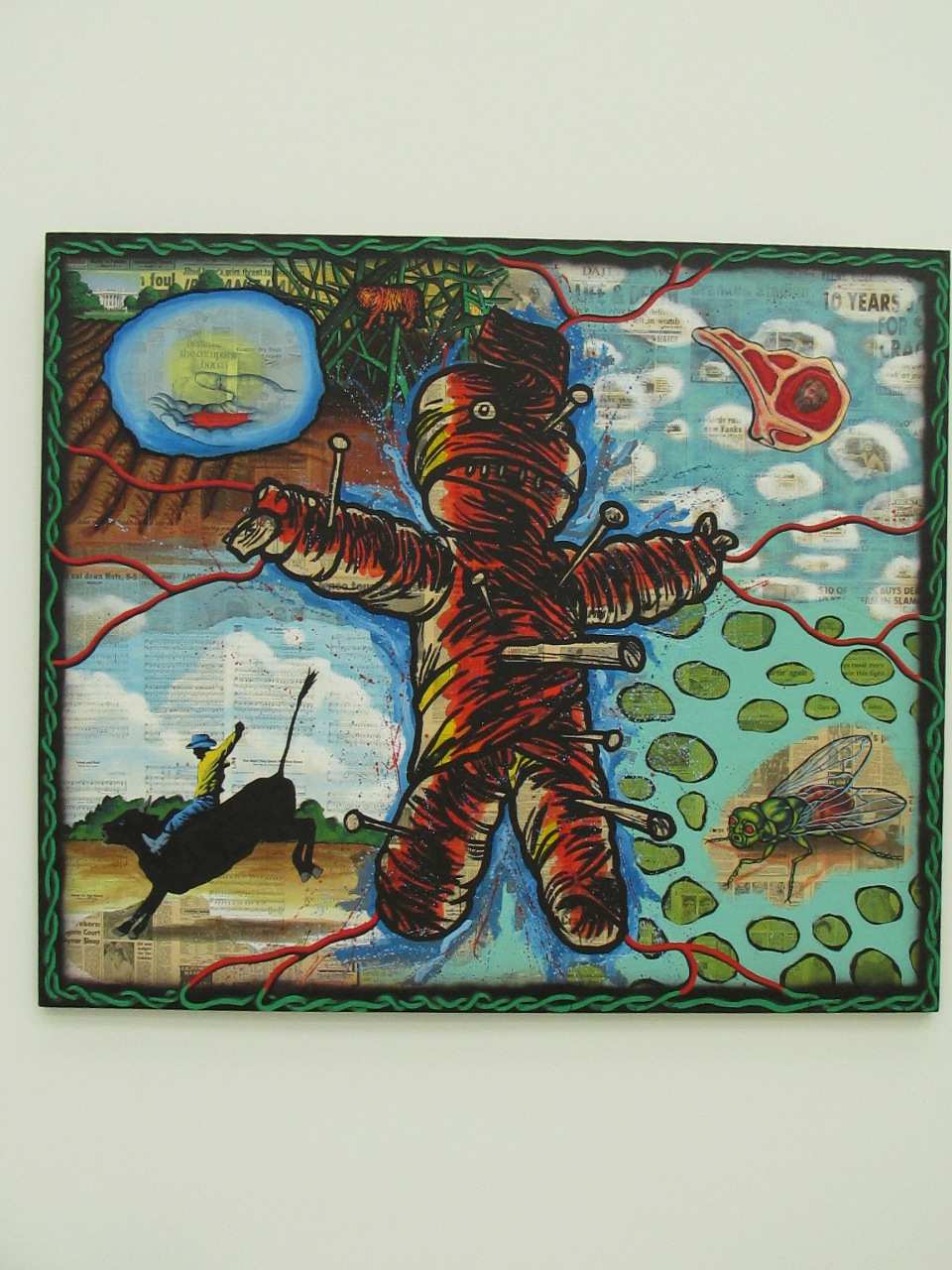 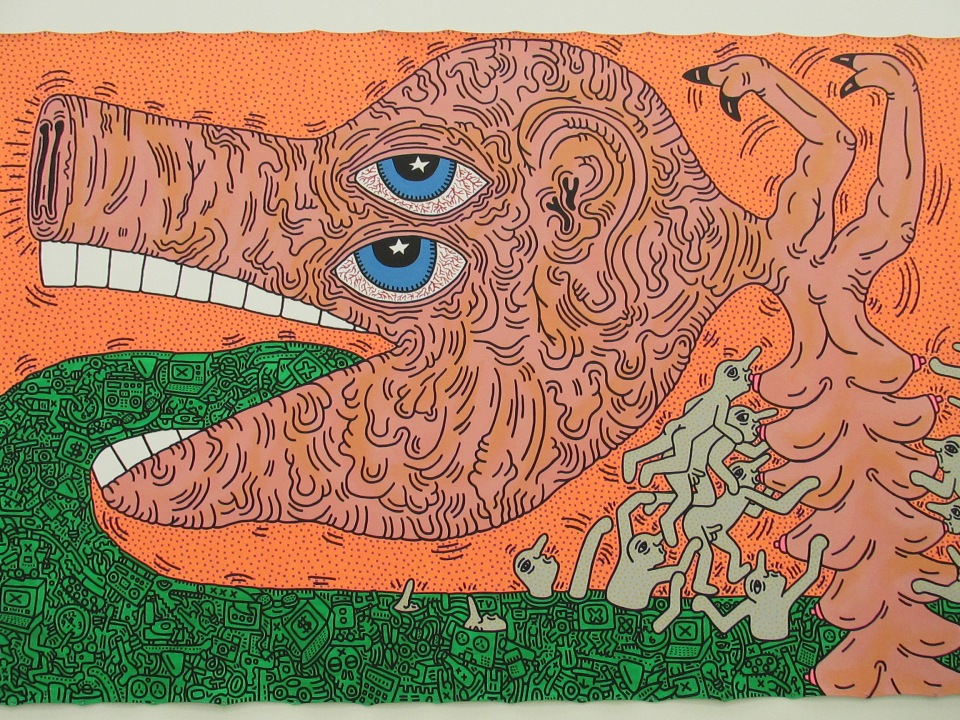 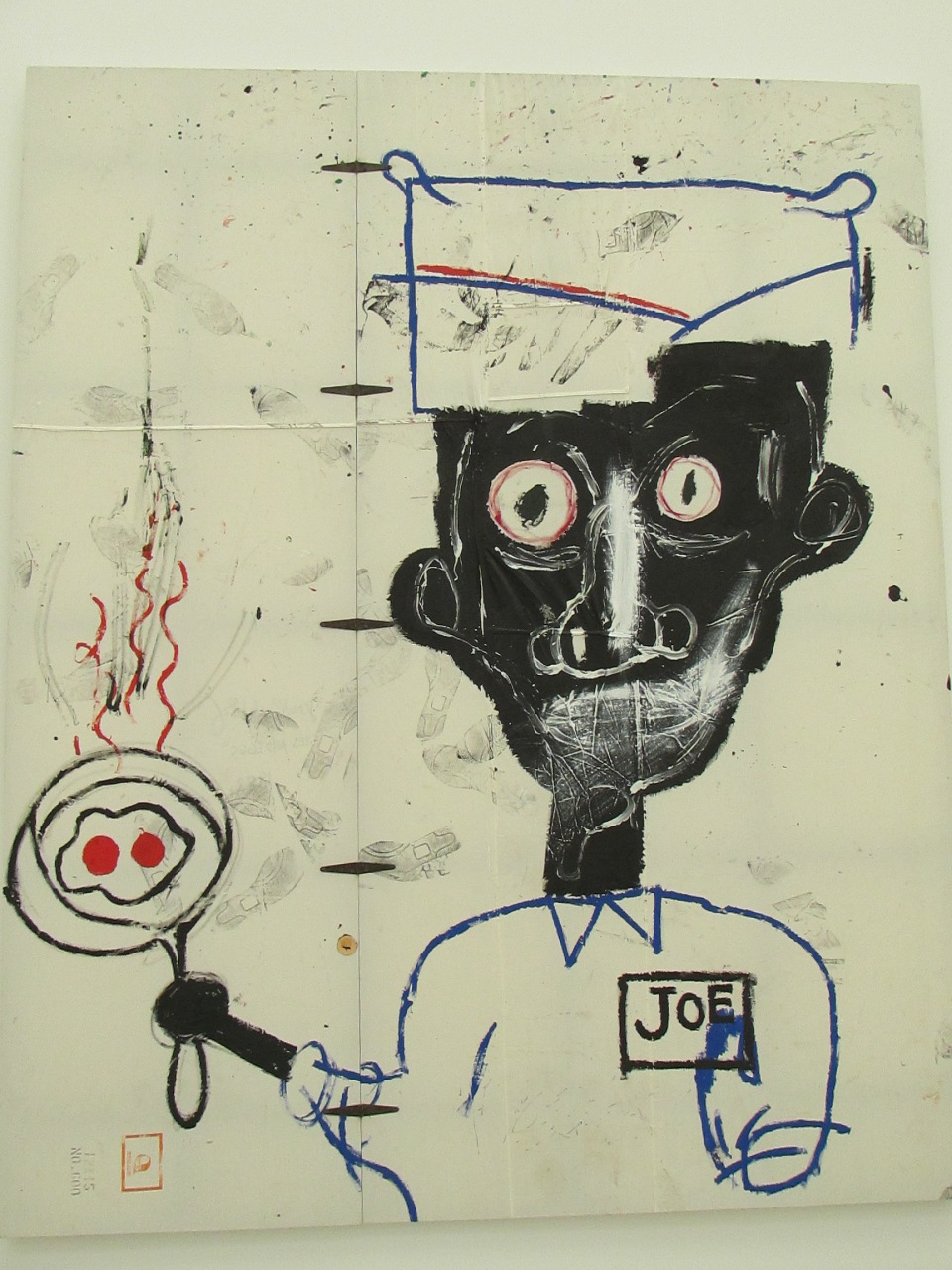 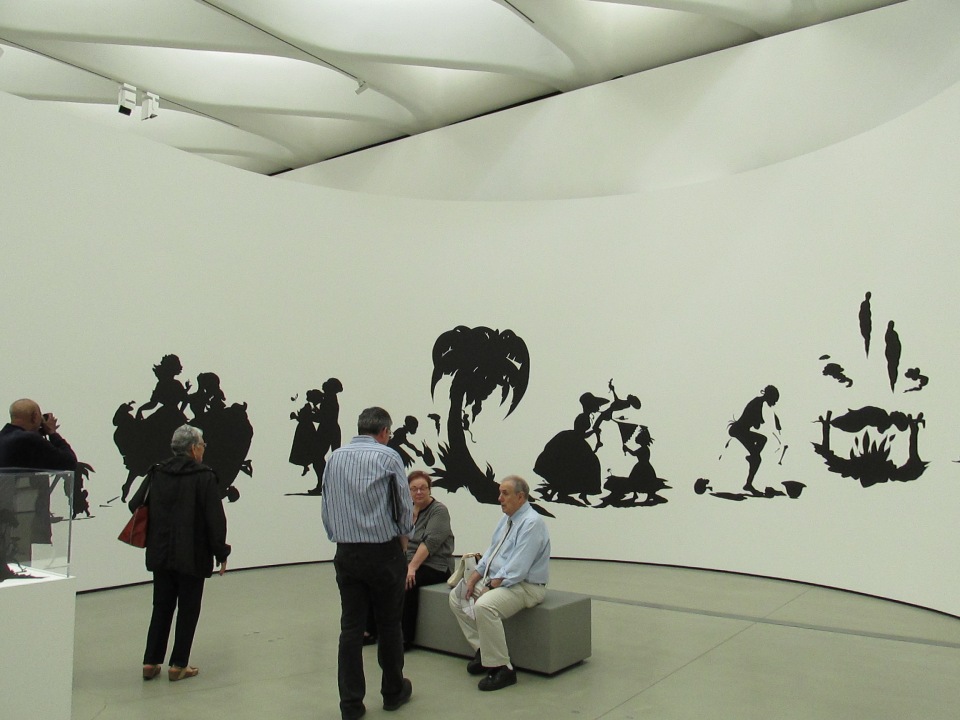 Here is a small dark screening room where you can sit and watch artsy short films. 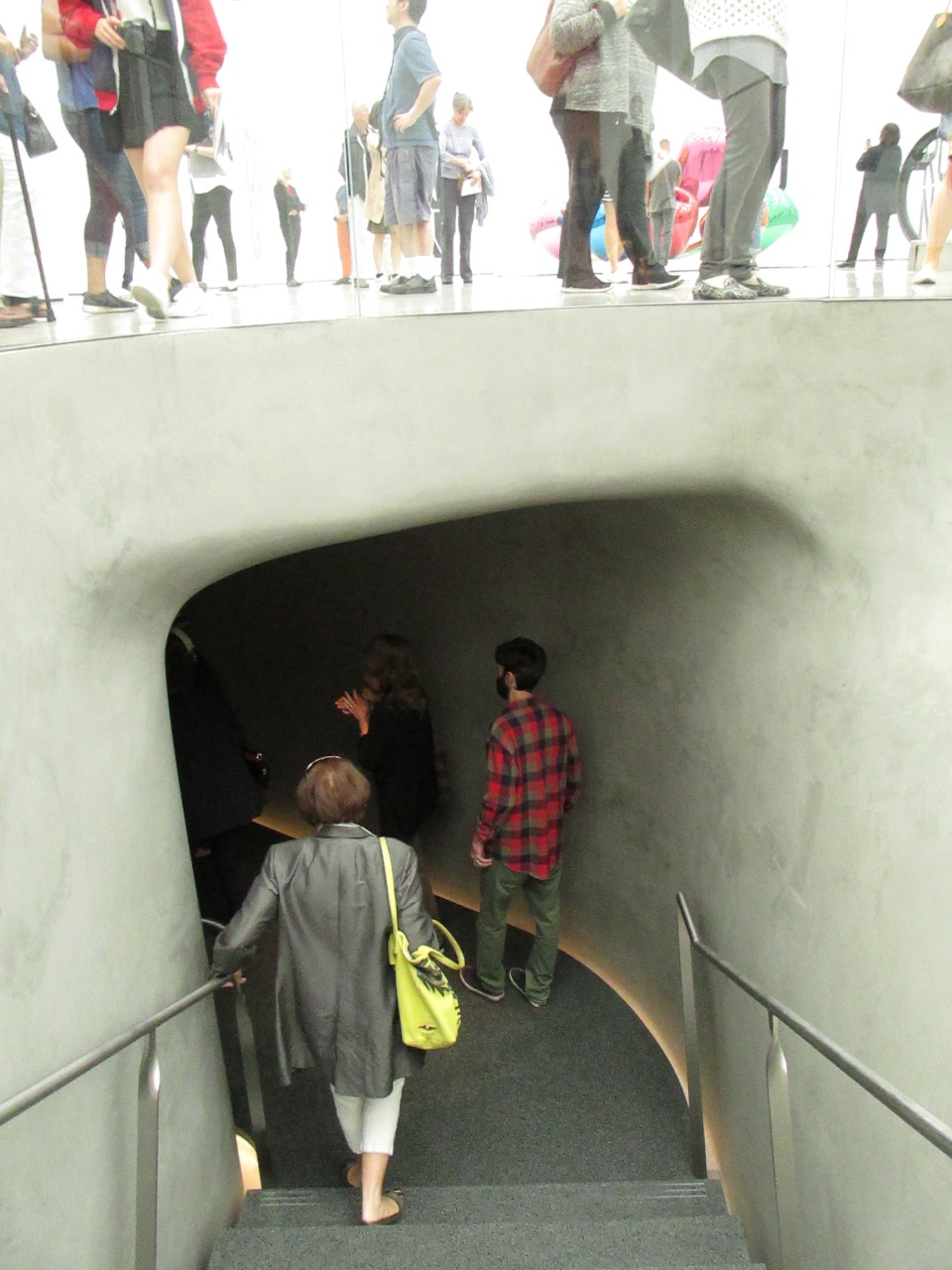 Now the only way down is the elevator or this staircase which I’m taking now. 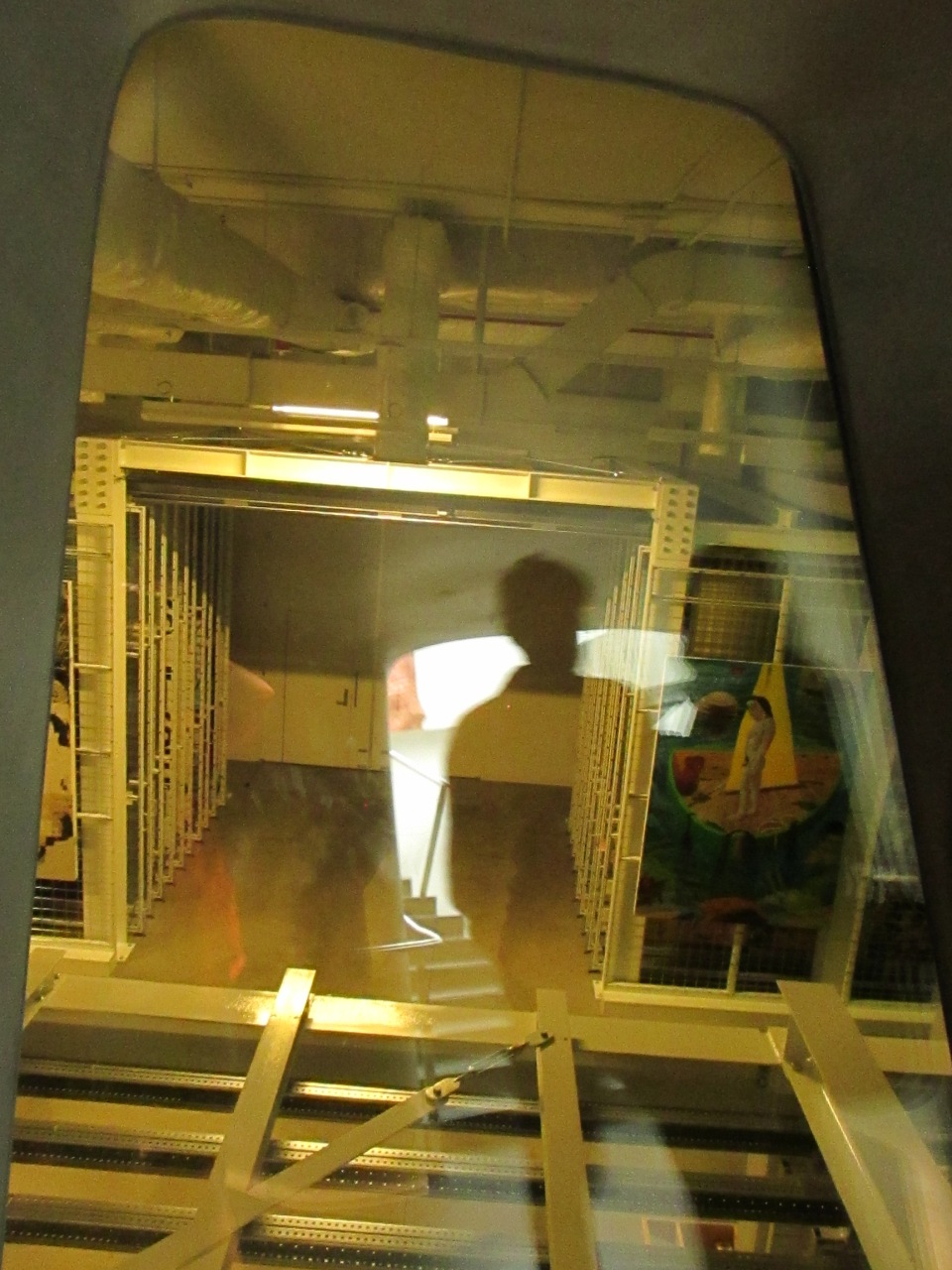 One the way down you can catch a glimpse of the museum’s secret vault which harbors thousands of art still waiting to have its day in the limelight.  It is said the museum will unveil one new artwork to the gallery every week. 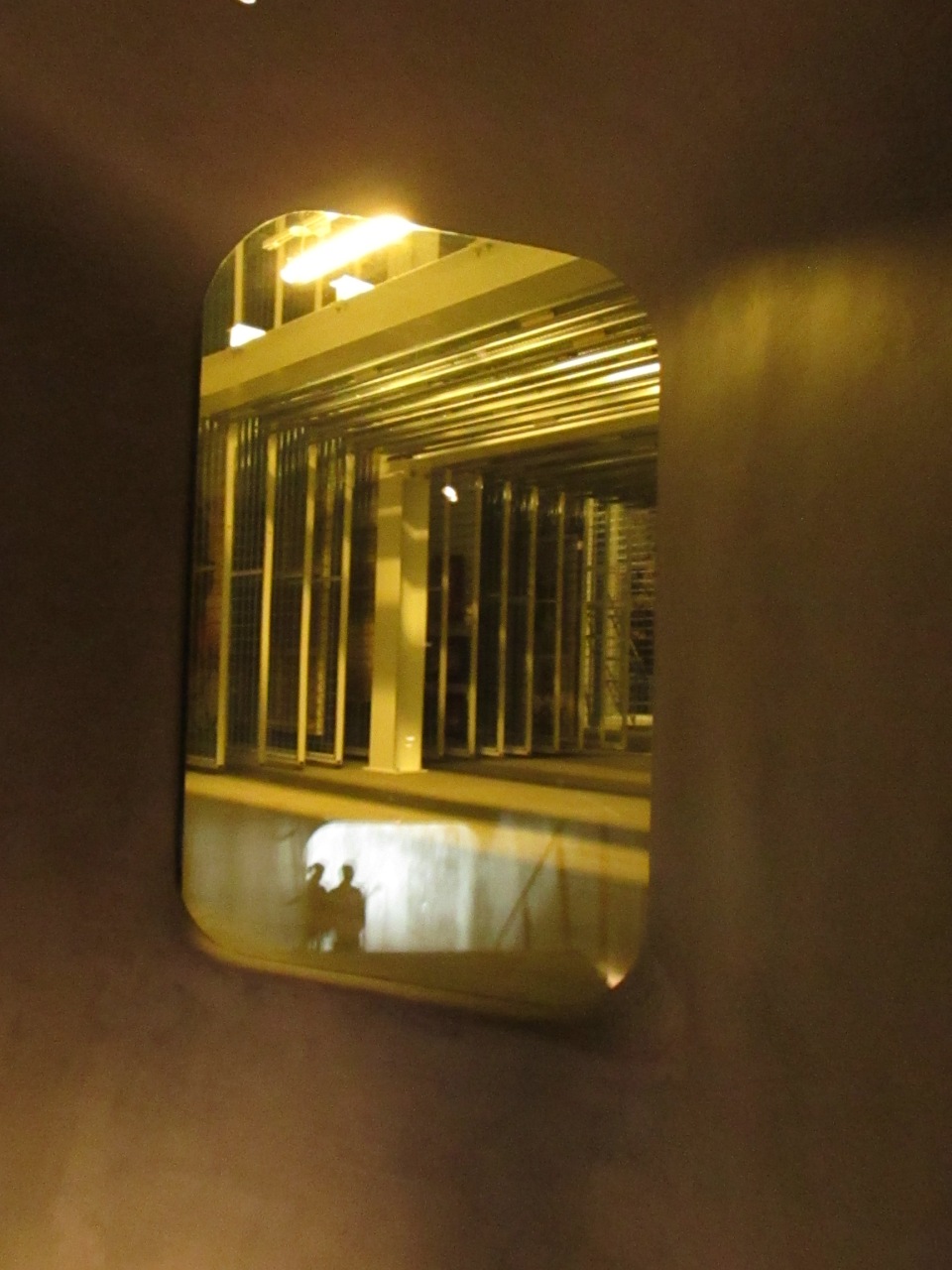 The finale of the visit is this Infinity Lights Room by artist Yayoi Kusama, which you have to reserve a spot in line at the beginning (because it’s a long wait).  They let you in depending on number of parties per group for 45 seconds allowing you to be surrounded by millions of colorful lights reflected by mirrors, and the floor is covered in water, so they warn you not to step off the platform. 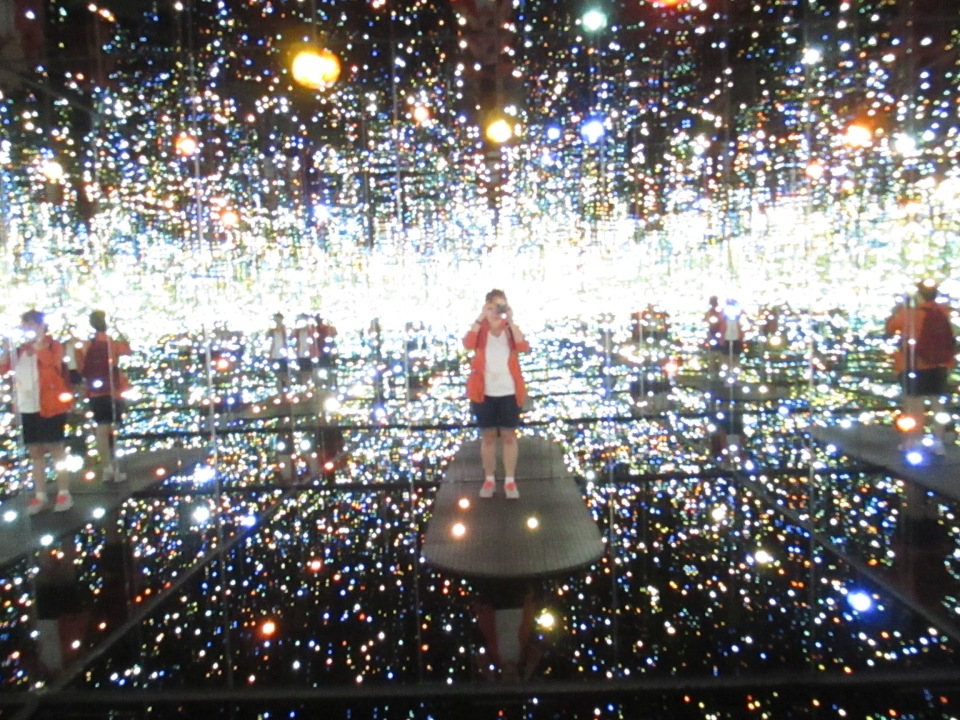 And that was it.  Of course there are lot more than what I have put up here, it would be better for you to make the visit yourself.  For more information including directions and tickets (currently admission is free but gets booked fast so plan ahead-I don’t know yet if that will change or it will always be free) go to www.thebroad.org.  Also if you plan to take a car there instead of the train like I did take care public parking in DTLA is not cheap, though there is a valet available (also not cheap).  For public transportation option go to www.metro.net.

Posted on May 6, 2016 by theartistaslisalee