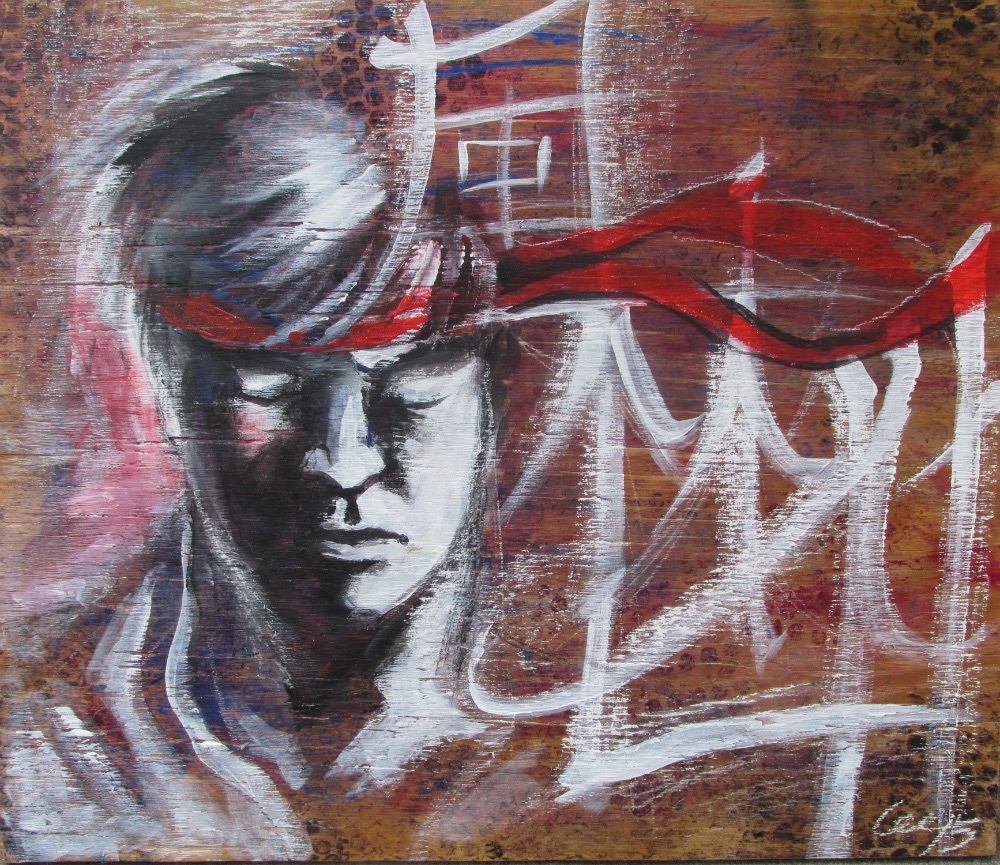 My own tribute to one of the greatest video game characters ever created.  The four Kanjis seen on the right are from his belt that stands for “wind, wood, fire, mountain.” This is actually derived from the famous Sun Tzu and his ART OF WAR philosophies:

Move swift as the Wind and closely-formed as the Wood. Attack like the Fire and be still as the Mountain.

And just in time for the upcoming release of the fifth installment of the popular STREET FIGHTER series, and of course he will be there.

Posted on September 18, 2015 by theartistaslisalee