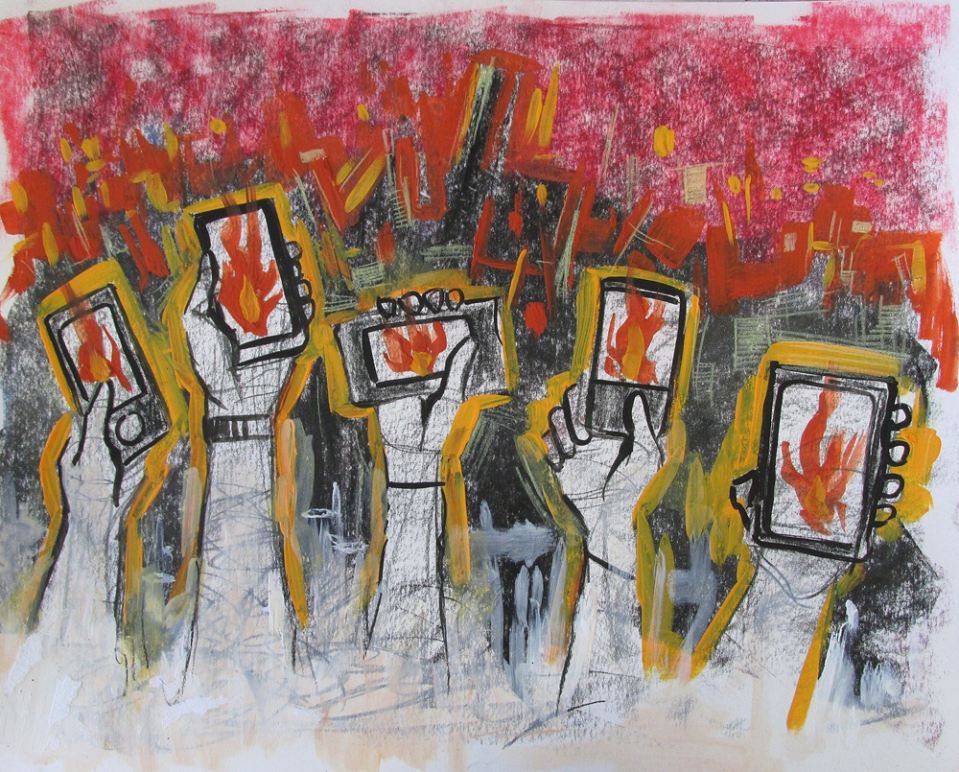 Twitter, Facebook, Linkedn, YouTube, Pinterest…these days there’s no shortage of ways you can grab your 15 minutes or attain 1,000,000+ followers of your ordinary life. Social Networking Services, or SNS, offers endless possibilities for you to attract attention with not so much as a click of a button (or the finger) or without ever having to leave your room.
Of course there’s always the good and the bad ends of it, but that’s another long tale.
In the recent years we have witnessed an unprecedented rise in revolts and insurrections in the Middle East. The most prominent being the Egyptian Revolution where thousands of youths took to the streets and successfully forced then President Hosni Mubarak out of the office and paved the way for Muslims. It was said that SNS had large role in bringing the protesters together. The cyberspace is a vast and infinite realm but where life moves a zillion times faster than light and in all so many different directions. Since we know how the tongue kills more than a sword, imagine you add Twitter to the equation; it’s a bloody massacre!

Posted on January 9, 2014 by theartistaslisalee

← WHO WATCHES YOU?
Battle Angel →