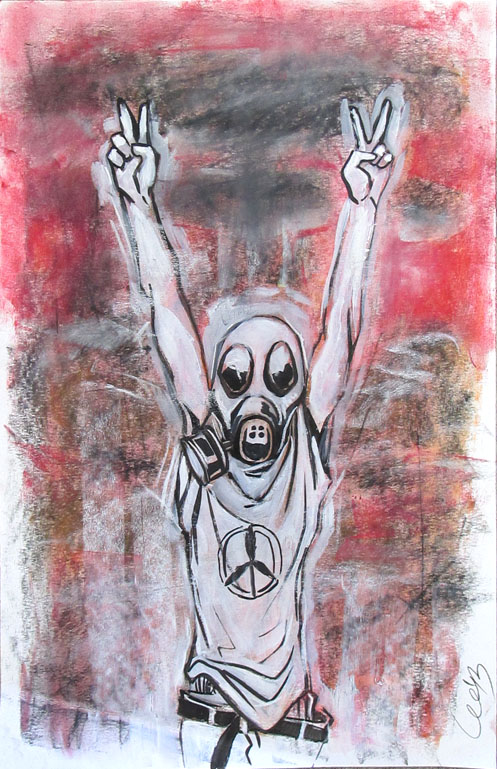 It’s been predicted, it’s been disputed, but it is official: this is the Nuclear Age, literally.

With all the news buzzing about chemical weapons and impending nuclear threats from North Korea and Iran we cannot help but be on the edge.  Sure we like to shut it out of our mind by turning our short attention spans to other diversions.  But there is no ignoring it.  Especially with the recent nuclear leaks from Japan spreading across the oceans making all seafood unsafe to eat.  Yes it is disheartening indeed, and who can we blame?  Nobody, really, but Man himself who have misused their God-given intelligence and creativity to build something that can destroy everything He has created.

There was a quote from the so-called “father of Atomic Bomb” Robert Oppenheimer.  He’s the one who we should really give credit to for the nuclear madness we are now in:  “Now I am become Death, Destroyer of Worlds.”  Spooky, indeed…

Posted on October 22, 2013 by theartistaslisalee

← Sketch Diary 6: The Goddess Mystique
The Tears of the Spring →